Book Review of The Swedish Atheist, The Scuba Diver, and Other Apologetic Rabbit Trails by Randal Rauser 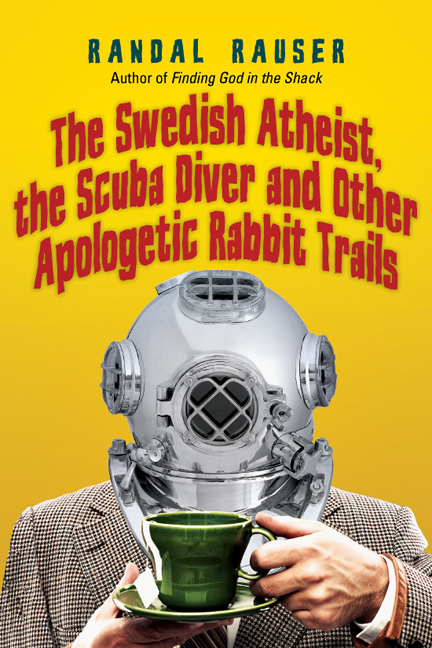 The Swedish Atheist, The Scuba Diver, and other Apologetic Rabbit Trails

From the time of the church fathers, church leaders and theologians have been engaged in the practice of teaching and preaching apologetics, which more simply explained, is defending and explaining the faith to spiritual seekers and cultured despisers.

Much of what I read in regard to defending the faith was tedious and cumbersome. Although many people have been challenged and touched by books like Mere Christianity, these books are not always easily accessible to less sophisticated readers. And the rather dense, content rich volumes of Evidence that Demands a Verdict  are well-researched, reading through these books are not user friendly.

The Swedish Atheist takes a different tack than most apologetics books. Instead of crafting arguments through outlines, Rauser embeds his discussion of the intellectual coherence of the Christian faith in a fictional narrative. This cute little story begins in a coffee shop near a college somewhere in the English speaking world. Slowly the author is able to bait someone hostile to the Christian faith named Sheridan to sit with him and discuss faith matters. In the process they discuss several questions that are quite typical of people who object to the existence of God, and those who stand against the truth of the Christian faith specifically.

Some of the matters covered in this book are more esoteric (how do we know what truth is?) and others are very specific (why would a perfect being command genocide?). Because these matters are structured in the form of a conversation, the content is much easier to read.

To Rauser's credit, he takes on his philosophical opponents best arguments. Several apologetics books will set up "straw men" and knock them down. Not so with this text. Instead, he often brings up arguments from Sheridan (the non-believer) that I have never considered, and then defends the faith in confrontation of that high quality thinking. I like Rauser's personal and philosophical integrity when it comes to such matters.

All in all, this is a good book. I would recommend it to college students attempting to understand their faith in light of new challenges from professors and friends, and I would also recommend it to pastors and lay persons that want to know their bible and their basic doctrine better. In The Swedish Atheist, we have been given a cutting-edge book on how apologetics might be done in the future. As such, the book Rauser wrote is a breathe of fresh air.
at October 30, 2012