Chaising Rabbits: Who has heard of the Plague of Cyprian?

I just discovered an article called, "Christianity has been handling epidemics for 2000 years" by Lyman Stone at foriegnpolicy.com.

Did you know that:

There was a plague, possibly related to Ebola, that hit the ancient world in the third century.

That this plague was named after a preacher that encouaged his congregation to care for those afflicted with this plague "heedless of danger". His name was Cyprian.

Shepherd Sunday and the Contextualization of the Faith

I saw someone write the other day that they appreciated that a speaker did not use the pastoral, rural imagery of a shepherd when he described meaningful ministry. Instead, he described something more modern and urban. Most of us don't live in rural places where we take care of animals anymore he said, and so we needed to update our language when we speak about God and the Bible.

I did not like this perspective very much. First of all, it left me wondering if people like this pastor back east thought of everything between the Eastern Time Zone and the West Coast as a desolate part of the world that you flew over but never engaged with. It also left me disappointed because the writer and the speaker that he wrote about lost the opportunity to understand a metaphor in light of the bible world, and its missional focus.

You see, much of the world of the Bible prior to the death of Jesus took place in more rural environment. There were exceptions of course. Egypt seems rather populous. As does Babylon. These places where the Israelites were broken down and beat up don't bring back the best memories however. Then there is Jerusalem. The city on a hill! But often, even those that make it to Jerusalem do so after starting out mucking stalls and chasing around sheep.

The language of shepherd was a powerful image in the Hebrew mind because it mixed rural sensibilities of pastoral life with the blue-collar training it took to be a good leader. Moses was a shepherd. David was a shepherd. Abraham was a shepherd. Shepherding was at once a plain job that rural folks often engaged in, and an imagery of care and protection that people projected upon their leaders, and upon God himself.

God guided in wilderness. God led us through difficult terrain. God provided. God protected. We can move on to similar extra-biblical metaphors. Maybe that helps, But, perhaps, maybe we miss something when we run away from the ancient rural sensitvities of Scripture into modern concrete terrain with invisible waves carrying messages through the air.

Furthermore, if you want to see someone contextualize the gospel from a pastoral setting to a more urban one, all you need to do is look at the Apostle Paul. He, like Jesus and the biblical writers of old, communicated the gospel into his context. He did a mashup of Greek philosophy and Christian theology in Athens. He spoke to principalities and powers in Ephesus.

Other new testament writers do this as well. Perhaps most clearly, the book of Revelation contextualizes the language of heaven for urban folks. Although there is much discussion of the Lamb at the beginning of the book, by the end of the Apocolypse we see a new city, a new Jerusalem as an image of heaven. This is quite different from the language of Isaiah who talked about all sorts of created animals and people lying down together in a relatively unpopulated pastoral landscape.

Maybe I overreacted. Maybe I did not. Either way, before we run to contextualize the language of Scripture, let us examine the truth and beauty the original image conveys.
at May 03, 2020 No comments:

Very Brief Review of He is Enough by Asheritah Ciucui

He is Enough: Living in the Fullness of Jesus
by Asheritah Ciuciu
ISBN 978-0-8024-1686-5
Moody Publishers
Reviewed by Clint Walker

This is a daily, verse by verse study of the book of Colossians. Although it could be used in groups, it appears to have its primary focus in guiding personal study through this book on a daily basis.  The author uses the FEAST method of digging into the Word, a method she developed herself after years of leading and participating in Bible Study. Although it is marketed as a women's study, much of the book is appropriate for either gender.

Full of appendices and other helps, it is a weighty resource for a 6-week study. Although I would use other resources than the bibliography indicates, I think this is a study I would hand to someone in my church who really wanted to go deeper in studying God's Word. 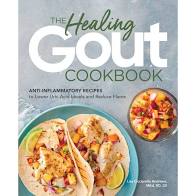 My doctor suspects I have gout. She has not tested me for gout, because I only come in when I have flare ups. Gout is pretty painful. What is worse than the pain, for me, is that it limits my range of motion and ability to be active. Also, the wife walking around behind me singing Adam Sandler's "Lunch Lady Land" is not all that pleasant either.

This cookbook is designed to help persons with gout eat in a way that lowers their uric acid levels, thus reducing or eliminating gout symptoms from a persons life. Who, who has suffered from gout, would not want that?

The early chapters educate readers on what gout is, levels of gout, and how gout is treated, and how dietary practices contribute to gout's development and treatment.

This cookbook is detailed, with clear notes on prep time, whether or not something is vegan, diabetic-friendly, gluten-free and more. Many of the recipes sound tasty. I will most likely use a few of these recipes.

My only concern with this recipe book, as is with every recipe book, is that it often requires me to purchase items that are in the grocery store, but I have never really seen or considered purchasing. This is not without reason. I am not an experienced scratch cooker, and I do need more nuts and seeds in my diet. But we don't just have chia seeds or orange extract just hanging around the house. Perhaps if I would clear off my BBQ sauce shelf we might have room for such things!

Book Review of "He Lifts My Head High" by Jasena S'vani 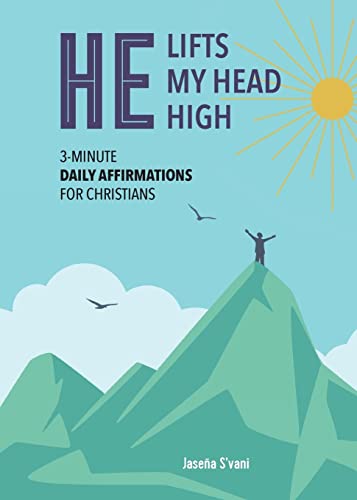 I recieved this book for review from the Amazon Vine Program. It is a pretty interesting little book. Written by a younger gal that appears to be from Atlanta, she has organized a book that has daily affirmations of faith for the whole year. In addition to this, she also has a slightly lengthier monthly devotional that sets the tone for that month's thoughts.

Each affirmation has a verse or an inspirational quote, and a little encouragement to stay in the battle of faith and keep on going through life with your head up. I'm not sure I will use it for a regular devotional, it is a little too simplistic for that. But I will keep it somewhere near my desk and take a quick peek at it when I feel I need some Christ-centered positive encouragement.