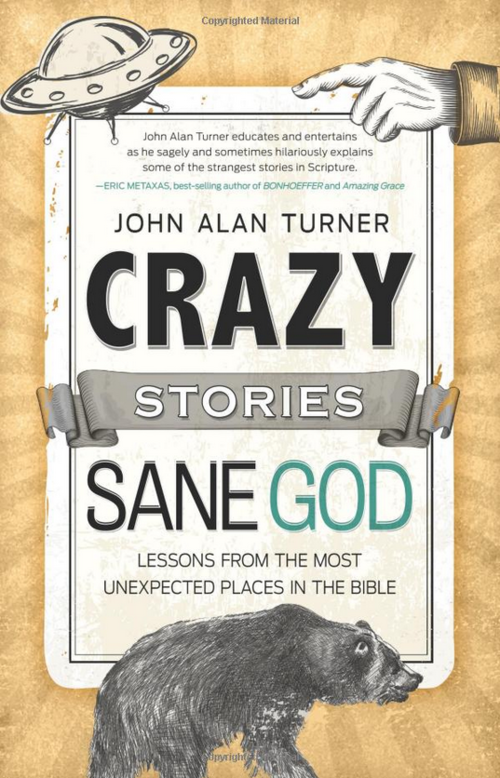 When I was a youth pastor, there was several times when I tried to put together a study called "Strange But True Bible Stories". The study was designed to take on issues that one might not otherwise thought about and discussed, as well as to teach people that the Bible is not nearly as boring as they think it is. As a matter of fact, many of the characters in the Bible story sound like they are in a soap opera and not a Sunday School class.

Crazy Stories, Sane God takes on much of the same ground as I did, only much more artfully than I could have done it. The book grabs a hold of several stories and really challenges people to wrestle with the craziness and messiness of human behavior. Also, it shows how God's character is consistent throughout all of our personal drama.

Thoughtful and creative, this would be a great resource for a small group.
at June 19, 2014 No comments:

We all worry. For some of us, worry motivates us to do the right thing, or gets us off the couch. But for others, their is an unhealthy stress, worry, anxiety or whatever you want to call it that seems to have a negative effect on our happiness and the course of our lives. Perry Noble knows that paralyzing worry, and he has found ways to both deal with it, and at times with God's help overcome this overwhelming anxiety.

Each of the chapters in the book is relatively short. Noble talks about how anxiety has an influence on our decisions, including sinful ones. He also offers practical advice to get unstuck in one's worry battle. There are several friends I might hand this book to, and there are times when I might need to pick it up myself.

Angie Smith is a relatively new and compelling writer. This book is really, like many of her other books, all about discovering that God's grace and love is bigger and more amazing than we ever can anticipate, and that she expects.

This book is really about how she spends a lot of time chasing after God, aspiring to greater spiritual heights, and pushing to draw close to God, and then coming to realize that God is already close her. Instead of chasing after God, she needs to slow down and savor God's presence and receive his grace that was readily available to her all alone.

Smith is thoughtful, deep and vulnerable. Her journey will touch many.
at June 18, 2014 No comments:

Book Review of If I Had Lunch with C.S. Lewis 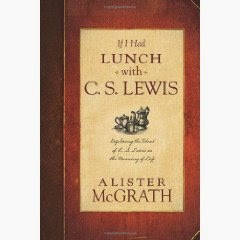 Alister McGrath is a top notch Christian thinker. He is a thinker, and also engages contemporary issues. Perhaps it is not unnatural then that he would choose the venerable C.S. Lewis as a literary and theological mentor.

Since Lewis died before McGrath got interested in his thinking, there is no way that McGrath could have a personal interaction with him. So he imagines a lunch/seminar with Lewis, exploring Lewis' thinking and his own thinking in relationship to him.

Each chapter McGrath explores a different subject. Some are more theological. Some have more to do the with spirituality and the struggles of everyday life.

The writing is intelligent and thought-provoking. Yet, it is personable at the same time. I think it is a great, creative introduction to Lewis' thinking as well.

For years on my blog, as well as among other people I know, I have often made the case that racism is on the rise in America. This is especially evident in conservative politics, and even more evident in groups like the Tea Party.

Author Ian Haney Lopez goes back a lot further than the two election cycles with this encoded language that subversively excites often latent and unrecognized racial bias among people. Dog Whistle Politics goes back to the politics of Reagan and before and shows the implicit racial bias in the politics of conservative movement. In many ways Dog Whistle Politics can expose, in my opinion, a more difficult and dangerous racial bias, because it lies under the surface, and cannot be as easily exposed and spoken to as the blatant racism of the pre-Civil Rights South.

If I don't give this book away, I will be returning to it over and over again to read and re-read sections that better articulate what I have been noticing and feeling for a long time.
at June 08, 2014 No comments:

There are a lot of books on the shelves for pastors and church leaders that focus on clear, measurable statistical models of success. They promise, if you follow their advice, that you will get more money from people in your church, more people in the pews for worship, and be the envy of your community. This book is different, because instead of noses and nickles, it focuses on mobilizing the church for discipleship.

Insourcing is written by Randy Pope. He is the pastor of Perimeter Church in Atlanta, Georgia. Pope has a passion for making disciples, and for mobilizing churches to create sold-out followers of Jesus Christ. In the beginning of the book he makes the case for the importance of developing depth in individual believers. As he goes on in the book, he also gives helpful advice in working with individuals and churches in order to help them become healthy,deep churches grounded in Jesus Christ.

This book has received several awards, and has been well received in the evangelical world. It deserves a look by lay people and pastors alike, both because of its pragmatic tools and its unique and helpful vision for what the church can be.